Thurman vs. Barrios: A bout full of things to prove

His comments aimed to, at least momentarily, silence the notion that his 2.5-year absence from the sport would hinder his performance or his goal to once again become one of the biggest stars in boxing, something he was prior to losing a competitive decision to Manny Pacquiao in 2019.

“This is what I love. I don’t care how many days it’s been since I’ve been in the ring. I think boxing, I breathe boxing, I meditate about boxing,” the 33-year-old Thurman said. “I’m just here to do what I do best - showcase my skills and talent to the world and to the fans once again.”

Thurman’s passion for the sport has aided him in continually succeeding throughout his career.

In just the third title-unification bout between undefeated welterweights in boxing history, Keith Thurman (then 27-0, 22 KOs) earned a split-decision victory over Danny Garcia (then 33-0, 19 KOs), unifying the division's WBA and WBC world titles.

A smart style, that allows him to counterpunch and come forward aggressively when need be, has enabled him to pick up key victories against Shawn Porter in 2016 before claiming the World Boxing Council (WBC) welterweight title and defending the World Boxing Association (WBA) championship by defeating Danny Garcia in 2017.

The only blemish on his record is a loss to Pacquiao. Heading into the fight Saturday night, Thurman will bring with him his 29-1 record and a wealth of experience. What remains to be seen is how and if the layoff will play a factor. Normally, time away wouldn’t be cause for concern. 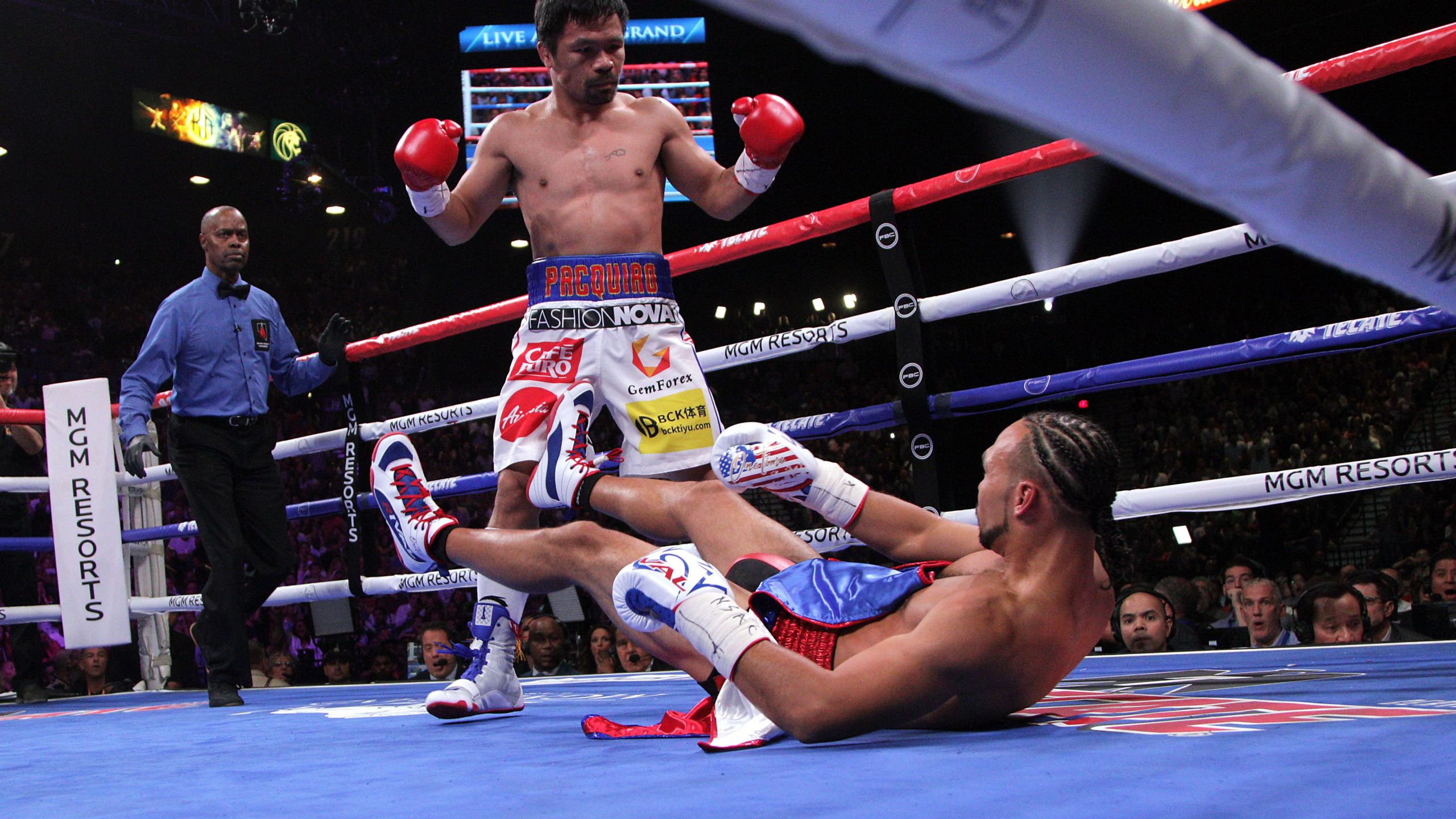 Fight legend Manny Pacquiao floors Thurman in the first round of their 2021 WBA welterweight title fight. The knockdown proved to be the difference in the fight as Keith would drop a split decision (115-112 Thurman, 114-113 and 114-113 Pacquiao).

Thurman’s let his body heal and traded in his identifiable long hair for a shorter look. Both of those things seem like what people do when they want to hit the “refresh” button.

The problem is he previously had a long layoff to recover from injuries following his 2017 victory over Garcia, and upon returning in 2019, he struggled to find his timing before ultimately earning a majority-decision win over Josesito Lopez. It wasn’t the way many expected Thurman to win.

Mario Barrios (26-1, 17 KOs) will look to capitalize on his underdog role, even if it means jumping up from 140 pounds to 147 for the opportunity. Having lost via TKO to rising star Gervonta Davis in June doesn’t seem to have hindered Barrios’ confidence.

In terms of recent activity, he holds an advantage.

“I’m in this sport to fight the best,” Barrios said, explaining why he chose to jump in with a fighter of Thurman’s caliber so soon after losing a championship fight against Davis. “I want to continue testing my abilities and prove to everyone that I belong.”

Whether the extra seven pounds will serve Barrios well remains to be seen — most, including Barrios, believe it already has as he won’t have to work as hard to comfortably make weight before the fight.

What is for certain is both Thurman and Barrios need to put on the best fights of their careers. For Barrios, a win will prove he can employ positives from what he did well in the middle rounds against Davis and avoid being regarded as simply an opponent. 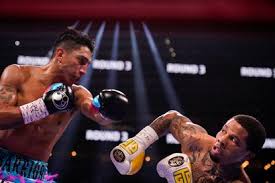 Against Gervonta Davis, then 25-0, 24 KOs, in 2021, Barrios appeared to be cruising to a possible upset win before a lead right hook dropped him hard in the eighth. Davis would seize control and earn an 11th Round TKO.

For Thurman, a victory is the first step in regaining what he once had and prove he still has a place in the welterweight division, even if the dominance of Pacquiao and Garcia has been replaced by fighters like Errol Spence Jr. and Terence Crawford.

Yes, the landscape has changed. Saturday, Thurman will aim to prove he hasn’t changed and what’s made him great, will indeed, keep him great.

Can the 'new-look' 33-year-old Thurman, arguably the hottest young fighter in 2013, still hang with top welterweights?

“I evolve and I learn from everything, and from everyone I’ve ever been in the ring with,” Thurman said. “I look forward to showcasing my skills, my talent, my poise, my experience - just everything. I believe that it should give me a little bit of an upper hand. I believe I’m going to be craftier than this young man is expecting.”